Note: the 2020 conference will take place online – click here to see the blog for more details

(This page will be updated in the coming days. The text underneath is the previous plan.)

The next LibreOffice Conference 2020 will be held in Nuremberg, Germany

Nuremberg is the second-largest city of the German federal state of Bavaria after its capital Munich, and its 511,628 (2016) inhabitants make it the 14th largest city in Germany. On the Pegnitz River (from its confluence with the Rednitz in Fürth onwards: Regnitz, a tributary of the River Main) and the Rhine–Main–Danube Canal, it lies in the Bavarian administrative region of Middle Franconia, and is the largest city and the unofficial capital of Franconia. Nuremberg forms a continuous conurbation with the neighboring cities of Fürth, Erlangen and Schwabach with a total population of 787,976 (2016),  while the larger Nuremberg Metropolitan Region has approximately 3.5 million inhabitants. The city lies about 170 kilometers (110 mi) north of Munich. It is the largest city in the East Franconian dialect area (colloquially: "Franconian"; German: Fränkisch).

Free Office Suite 20th anniversary will be celebrated in Turkey. 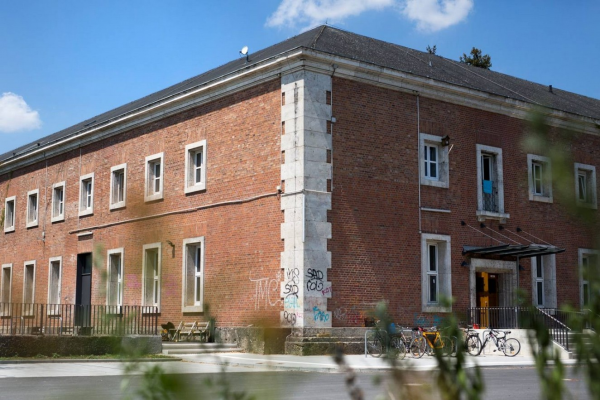 The proposed venue is Z-Bau, Frankenstrasse 200 90461 Nürnberg. It is enormous from all sides: many rooms, even more square meters, people with different approaches and focuses who together form the cultural life in the Z-Bau - with the aim of creating cultural freedom. More LibOCon 2020 Nuremberg proposal Page 4 of 12concretely speaking in square meters, 5,500m2 of playable space are available - so far there have been event rooms, studios, project offices, a sound studio, workshops and, as a permanent institution, the Kunstverein Hintere Cramergasse e.V. (art association Hintere Cramergasse e.V.). (KV) on the premises.

The extensive outdoor area with beer garden and the north garden towards Frankenstraße are also part of the artistic playground. The programm focuses on cooperation with artists and cultural practitioners, to whom the Z-Bau offers free space and space for experimentation.

How to reach Nuremberg

Nürnberg Hauptbahnhof is a stop for IC and ICE trains on the German long-distance railway network. The Nuremberg–Ingolstadt–Munich high-speed line with 300 km/h (186 mph) operation opened 28 May 2006, and was fully integrated into the rail schedule on 10 December 2006. Travel times to Munich have been reduced to as little as one hour. The Nuremberg–Erfurt high-speed railway opened in December 2017.

The Nuremberg tramway network was opened in 1881. As of 2008, it extended a total length of 36 km (22 mi), had six lines, and carried 39.152 million passengers annually. The first segment of the Nuremberg U-Bahn metro system was opened in 1972. Nuremberg's trams, buses and metro system are operated by the VAG Nürnberg (Verkehrsaktiengesellschaft Nürnberg or Nuremberg Transport Corporation), itself a member of the VGN (Verkehrsverbund Grossraum Nürnberg or Greater Nuremberg Transport Network).
There is also a Nuremberg S-Bahn suburban metro railway and a regional train network, both centred on Nürnberg Hauptbahnhof. Since 2008, Nuremberg has had the first U-Bahn in Germany (U2/U21 and U3) that works without a driver. It also was the first subway system worldwide in which both driver-operated trains and computer-controlled trains shared tracks.

Nuremberg is served by the small Nuremberg Airport, with flights to major German cities and several European destinations, often not on a daily basis. The largest operators are German, with low-cost Ryanair and Wizz Air providing affordable connections with other European countries.

Nuremberg is also rather easy to reach by train/bus from Munich Airport, which has better, more frequent and often more affordable connections to other European countries, and definitely to other continents. Getting from Munich Airport to Nuremberg center is fairly easy by direct buses or trains (via München Hauptbahnhof). So, before booking your flights please consider all the alternatives, looking at all flights to Nuremberg and Munich and deciding based on the overall cost (including the train).

If neither Munich nor Nurember airports work for you, please consider that Frankfurt Airport has direct connections with almost every country in the world.

For any question you may have, please contact conference@libreoffice.org

Impressum (Legal Info) | Datenschutzerklärung (Privacy Policy) | Statutes (non-binding English translation) - Satzung (binding German version) | Copyright information: Unless otherwise specified, all text and images on this website are licensed under the Creative Commons Attribution-Share Alike 3.0 License. This does not include the source code of LibreOffice, which is licensed under the Mozilla Public License v2.0. “LibreOffice” and “The Document Foundation” are registered trademarks of their corresponding registered owners or are in actual use as trademarks in one or more countries. Their respective logos and icons are also subject to international copyright laws. Use thereof is explained in our trademark policy. LibreOffice was based on OpenOffice.org.